The EIRP is often stated in terms of decibels over a reference power emitted by an isotropic radiator with an equivalent signal strength (for example: dBm or dBW).
Following table contains EIRP values for the c band (downlink frequencies 3.4 - 4.2 GHz). The values shown in the table assume having an LNB with noise figure of 20°K:

Example of satellite coverage map with EIRP values in dBW 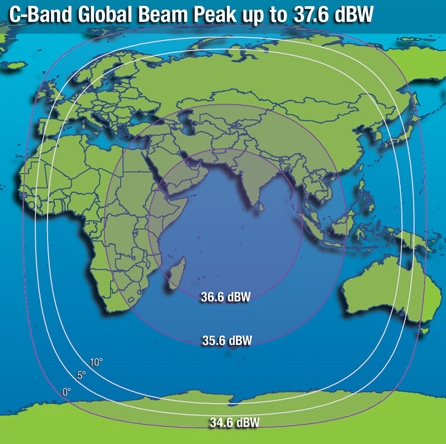